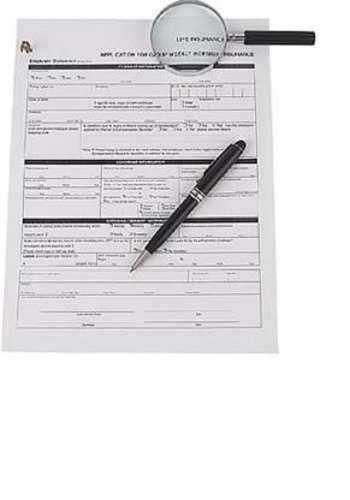 In order to accurately understand the concept of agreement it is crucial to understand when a valid offer has been made. An offer is made when a party, known as the offeror, presents terms of a contract to another party. The party that receives the offer is known as the offeree. If the offeree accepts the offer, the two parties are considered to be in agreement.
In contrast to offers are “invitations to treat.” Invitations to treat are not offers. Invitations to treat can happen in a number of ways. Some of the most common include the display of goods in a store window, an auction without reserve, the solicitation of competitive bids, or advertisements for goods.
Except in specific circumstances, an auction does not constitute a legally binding offer and agreement process. An auction can be held with or without reserve. An auction without reserve is the rarer of the two kinds. An action without reserve means that the item will automatically be sold to the highest bidder regardless of the price.
An auction with reserve, or reserve auction, is an auction in which the person putting the item up for auction has stated a price below which they are unwilling to part with the item or circumstances under which they “reserve” the right to not complete the exchange of goods.
Auctions present interesting situations when considering offers and agreements. In an auction without reserve, the person placing the goods up for auction is obligated to accept the final bid. Each bid during the auction represents a new offer. Each higher bid that the auctioneer accepts means that the offer represented by the previous bid is invalidated.
During a reserve auction this can create some complications. If the person placing the goods up for auction decides against accepting the highest bid, they are left without an alternative. Even if the person would rather accept the second highest bid represented, they are unable to do so because the higher bid caused the previous bid to become voidable.
Advertisements are not usually considered to be offers because they may oblige the person creating the advertisement to sell more goods than they possess. As a result, an agreement cannot be reached as the result of an individual responding to an advertisement. Advertisements are technically considered “invitations to treat.” However, there are circumstances in which an advertisement can constitute an offer.
The Nineteenth Century case of Carlill v. Carbolic Smoke Ball Company in England involved a promise by Carbolic Smoke Ball Company to pay £100 to anyone who used their product but still developed influenza, which their product was claimed to prevent. As guarantee of their claim, the advertisement said that the company had deposited £1000 in an account to pay anyone who caught the flu. The advertisement was considered to be a unilateral contract.
The agreement by Louisa Carlill was twofold. The first part of the agreement can be seen in her purchase of the smoke ball and the second element of agreement was her continued use of the ball. The English Court of Appeals ruled that the advertisement became a legally binding contract on several grounds.
The most relevant part of the ruling was that while an offer existed between the company and the entire world, a contract only existed with those individuals who had taken the actions to accept the terms of the offer. Acceptance in this case is interchangeable with agreement. This case also cemented the idea that conduct was sufficient to convey agreement with the terms of the advertisement’s offer.
Agreements to agree are not considered legally binding. These legal documents only reveal that the concerned parties are considering a future contract. In and of themselves, an agreement to agree does not mandate action on the part of either party. Agreements to agree arise when two parties are discussing an event involving future transactions which are still in progress.
A statement of future intent is not a legally binding contract. It only indicates an agreement by the two parties involved in the negotiation to attempt to form a future contract. An agreement to agree is not binding if the matter under discussion is still in dispute. An agreement to agree may be considered a contract, however, if the material terms of agreement are present.
Agreements to agree can become legally binding agreements if they contain all the typical elements of a contract. If, however, an agreement to agree merely records the terms that have been discussed in preliminary negotiations or they can be given the full weight of a contract to which both parties have agreed. Agreements to agree are sometimes known as letters of intent. Whether the document is titled an agreement to agree or a letter of intent, the legal significance of the terms is equal.
In order for agreement to occur, the offeree must have an intention to enter into the contract. Intention can be interpreted by action or by verbal acceptance of the terms provided by the offeror. Intention also extends to the offeror. The offeror’s intentions are rarely subject to question.
Intention to form a contract is one of the requirements to form a contract. Intention to be legally bound by a contract does not exist during the initial negotiation of a contract. Courts generally do not assign intention to either party by their interpretation of the parties’ statements of future intent or by agreements to agree.

Discover the Formation of UCC

Uncover the Facts Behind A Mistake of Fact