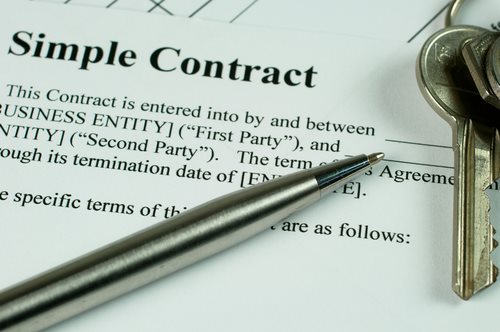 What is a Quasi Contract?
A quasi-contract is a fictional contract that was created by courts to promote equitable treatment. As a result of this definition, a quasi-contract is not an actual, legally-binding document, but instead a legal substitute for a contract that is formed to impose equity between two distinct parties.
The basic concept of a quasi-contract is that a contractual agreement should have been formed in situations where such an agreement was not realized. The quasi-contract is thus used when a court system feels as though it is appropriate to create an obligation to avoid an injustice and to promote equality between two parties.
In most cases, the actual existence of a real contract is required for a defendant to be held liable for services rendered; however, in many jurisdictions throughout the United States, under certain circumstances, a plaintiff may be entitled to seek restitution under a quasi-contract.
Basic Elements of a Quasi Contract:
The basic elements of a quasi-contract require three fundamental principles. The first element is that the plaintiff furnished valuable goods or required specific services to be rendered with a reasonable expectation of being compensated if the defendant breached or failed to meet these expectations. Secondly, the defendant must knowingly have accepted the aforementioned goods and obtained a direct benefit through this acceptance.
And lastly, the defendant must receive benefits by the goods or services that are regarded as unfair in situations where the plaintiff received no compensation.
In a standard, legally-binding contract, both parties agree to the stipulations of the deal and the surrounding subject matter, to affirm the agreement and to make the contract binding, the parties enter into an oral or written agreement prior to exchange of goods or services.
In a quasi-contract; however, one of the parties does not intend to enter the contract. Even though mutual assent is not achieved, the court can decide to create a contract to promote fairness between the two parties.
In most instances, a quasi-contract is created when disputes over payments of goods or services arise between two parties. When these situations arise, the remedy for a quasi-contract is typically limited to whatever is necessary to prevent the presence of unjust enrichment obtained by one of the parties.
This typically means, in regards to the creation of a quasi-contract, that damages are restricted to the cost of the plaintiff’s materials and labor. In these situations, profits are excluded on the grounds that it is unfair for a party who did not want to enter a contract to pay the profits to the other party.